A century of heritage: Anne Camilli and Jean-Marie Martin-Hattemberg look back on lipstick’s fascinating history

Anne Camilli, founder of the Anne Camilli & Cie agency, created the Musée à la Carte® in 2014 as a way of promoting French savoir-faire – the heritage and innovations of French brands. She designs cultural exhibits from private to museum collections. Jean-Marie Martin-Hattemberg is an expert on the art and cosmetic-object market. His book, Lèvres de luxe (Lips of Luxury), explores the history of lipstick. 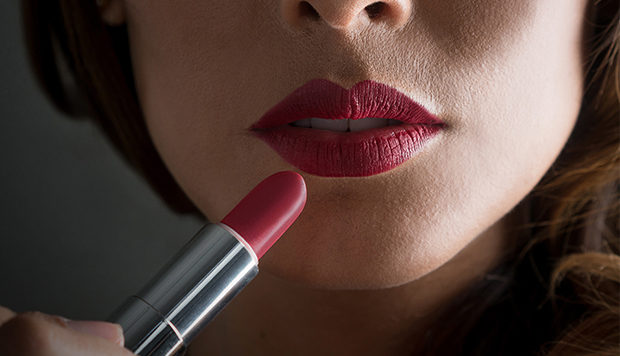 Can you tell us how the practice of wearing lipstick in public developed?

Anne Camilli: Lipstick was first developed for theatrical use after the Renaissance, as makeup gradually replaced actors’ masks. From that point, it became part of court attire, as both the men and women of royal courts wore makeup! Lipstick was a basic element of court dress codes during the reign of Louis XIV, with the darkest shades reserved for high nobility. In Marie-Antoinette’s day, though, things changed and makeup became much more natural and subtle. In the 19th century, in polite society, women almost never wore makeup and lipstick was reserved for stage use, such as for dancers, singers, and actresses, as well as for prostitutes.

When did lipstick become a symbol of femininity, especially red lipstick? When did the lipstick we know today come into being?

Anne Camilli: The color red is highly symbolic in every civilization, representing anger, love, passion. It’s also associated with notions of seduction and power. Lipstick became a societal convention following World War I. That’s when makeup became widespread – it was no longer associated with “ladies of the evening” and was instead embraced by the flappers as a way to assert their seductive powers and liberation. Some industrialists that made ammunition cartridges during the war converted their factories to make lipstick cases that were 12.7mm in diameter, like the bullets for the heavy machine gun known by the same measurement.

Jean-Marie Martin-Hattemberg: Lipstick in stick form, the kind we generally use today, was likely first invented in the early 20th century and became more popular in the 1920s. After World War II, America’s female movie stars helped women feel more at ease with wearing lipstick and ended up turning it into a symbol of seduction and emancipation. In this same period, we saw a lot of changes in lipstick cases: Jewelers began using precious materials like gold and silver to create cases that were much like pieces of jewelry. Technical advancements made it possible to manufacture sliding lipstick, cases with mirrors inside them, etc.

Do today’s brands draw their inspiration from collections of the past? How do they make use of more than a century of heritage?

Anne Camilli: The past makes great creative reinvention possible, but it’s important to use it as a source of inspiration without copying it. The models of yesteryear sometimes stimulate a manufacturer’s creativity. Certain ideas of the past can make a comeback in a new and improved form by virtue of industrial innovations. An example would be the cap of the Rouge G de Guerlain lipstick, with its very contemporary design by jeweler Laurenz Baumer: It has a hidden mirror inside, a nod to lipstick application trends of the 1930s or 1950s.

Jean-Marie Martin-Hattemberg: Throughout history, manufacturers have proved they could have innovative ideas, and these ideas are reappearing in present-day collections. For example, back in the Sixties, Revlon introduced a collection of lipsticks representing Hollywood actresses. Today, there are collections bearing images of female personalities, like Anna Sui’s Dolly Girl collection. In the 1950s, Lancôme’s lipstick case was gold plated and came with two shades: one for day, one for evening. This lipstick “duo” idea was repeated by the brand when they did a great reissue in 2015.

So are brands actually reaching back to the creative heritage found in their archives?

Jean-Marie Martin-Hattemberg: We are indeed seeing a desire to focus on heritage, though brands haven’t always kept their archives. Some major names like Guerlain, Bourjois, and Chanel have a philosophy that includes heritage preservation, but that’s not the case for all big cosmetic brands. Companies like Coty are currently reconstructing their heritage, because they now realize it has substantial value.